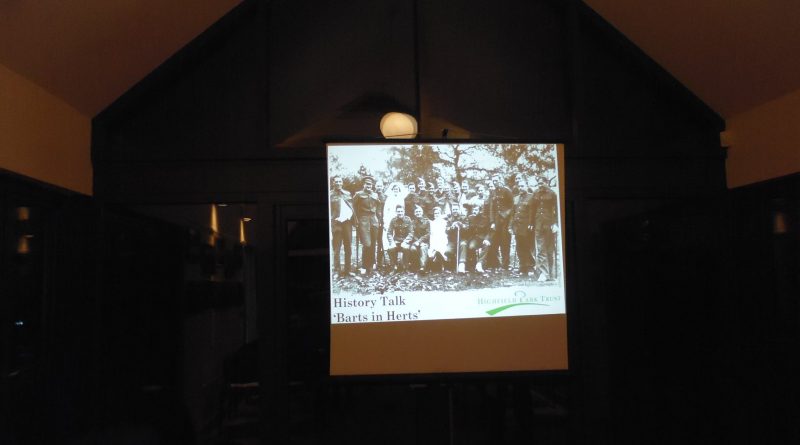 This year the focus was on “Bart’s in Herts” using research, memories and photographs to chart St Bartholomew’s hospital time at Hill End hospital.

In the Summer of 1939, when war seemed inevitable, plans were issued by the Government making provision for the care of air-raid casualties and for the continuation of the treatment of the sick in the event of hostilities.  These plans constituted the Emergency Medical Service (EMS).  London was divided into 5 sectors and at the edge of each sector a large hospital, usually a mental health hospital was taken over by the government as a base hospital.  The Government requisitioned Hill End as the base hospital for the Bart’s sector and on the 31st August 1939, 5 sisters and 18 nurses arrived at Hill End as the Bart’s advance guard.  The mental patients were discharged or removed to other hospitals (316 went to Napsbury) except for about 60 useful ones, and Hill End was taken over by St Bartholomew’s Hospital, London.  Cell Barnes was also used for Bart’s patients with both hospitals having the services of Bart’s nurses.  Most of Bart’s staff moved to Hill End, joined by many of the former Hill End staff.  As the Government’s fears were not quite realised the hospital ended up treating mainly civilian cases.  An exception was the flood of servicemen wounded after the Dunkirk evacuation of 1940.

There were important medical advances made during this period, such as the early introduction of penicillin, the plastics unit and reconstructive surgery carried out by the pioneering Arthur Rainsford Mowlem, though he was not employed by Bart’s. PHOTO.    Treatment for mental patients continued at out-patients clinics in St Albans and elsewhere.

Bart’s Hospital began to return to its buildings in London when the war ended but because of the need to replace some bomb-damaged buildings, it was 1961 before the last units left Hill End.

The talk was well received and all enjoyed sampling the chocolate cake made to a WW2 recipe by Juliet Crisp (Trustee of Highfield Park) with a cup of tea afterwards. 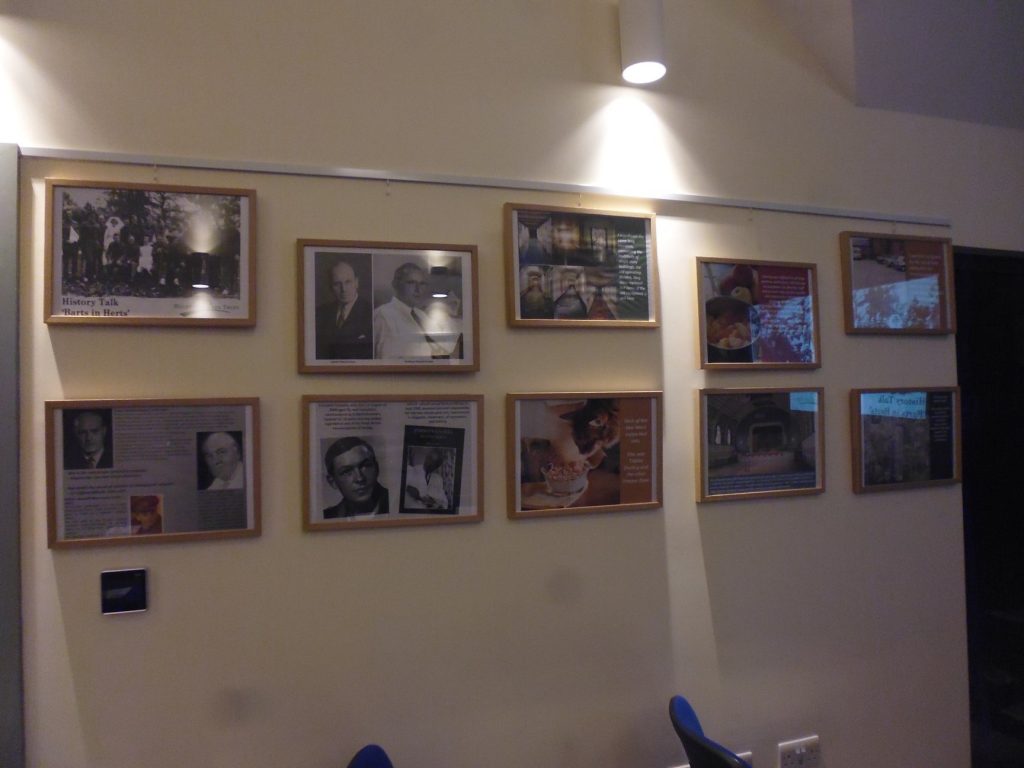 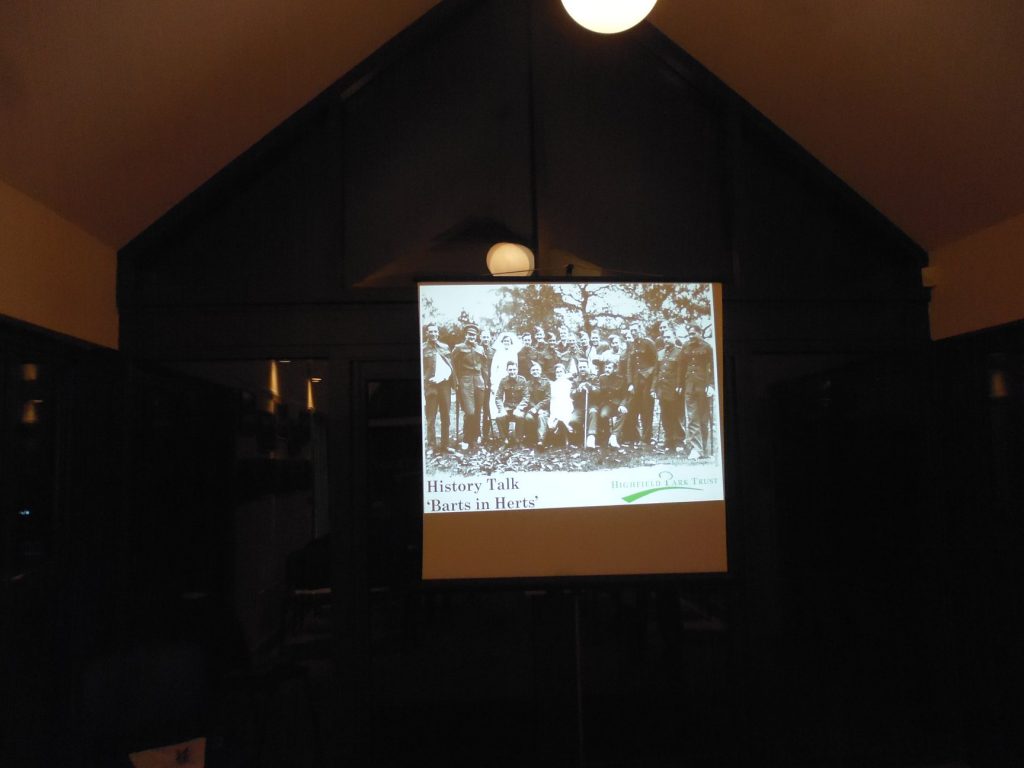 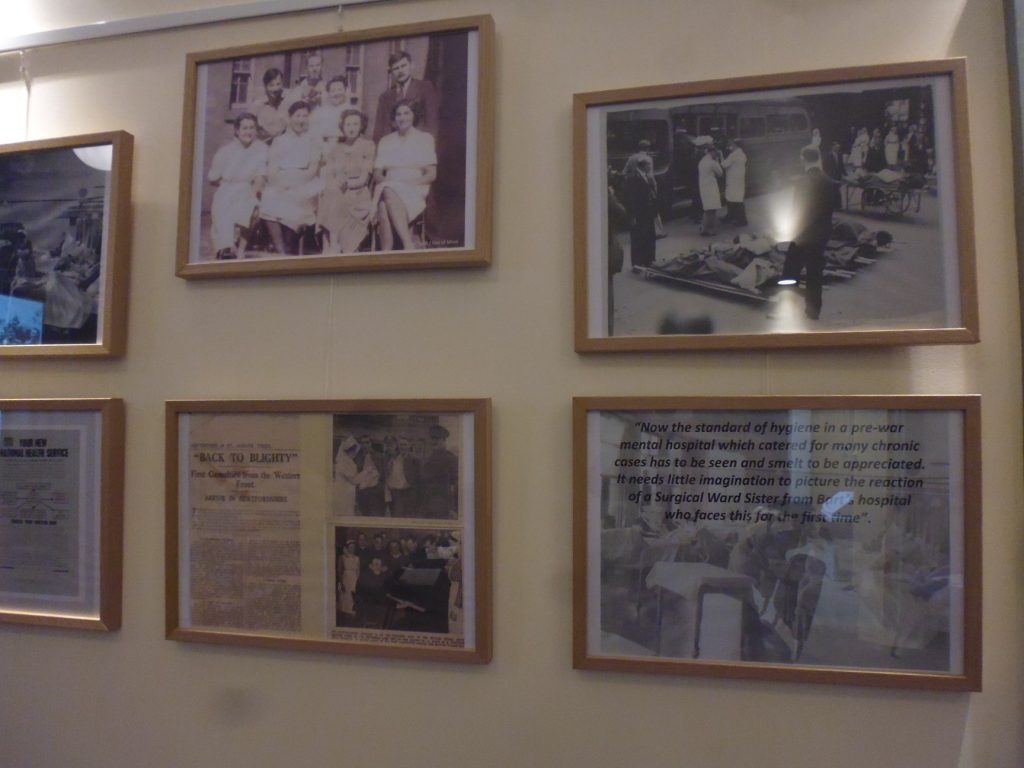 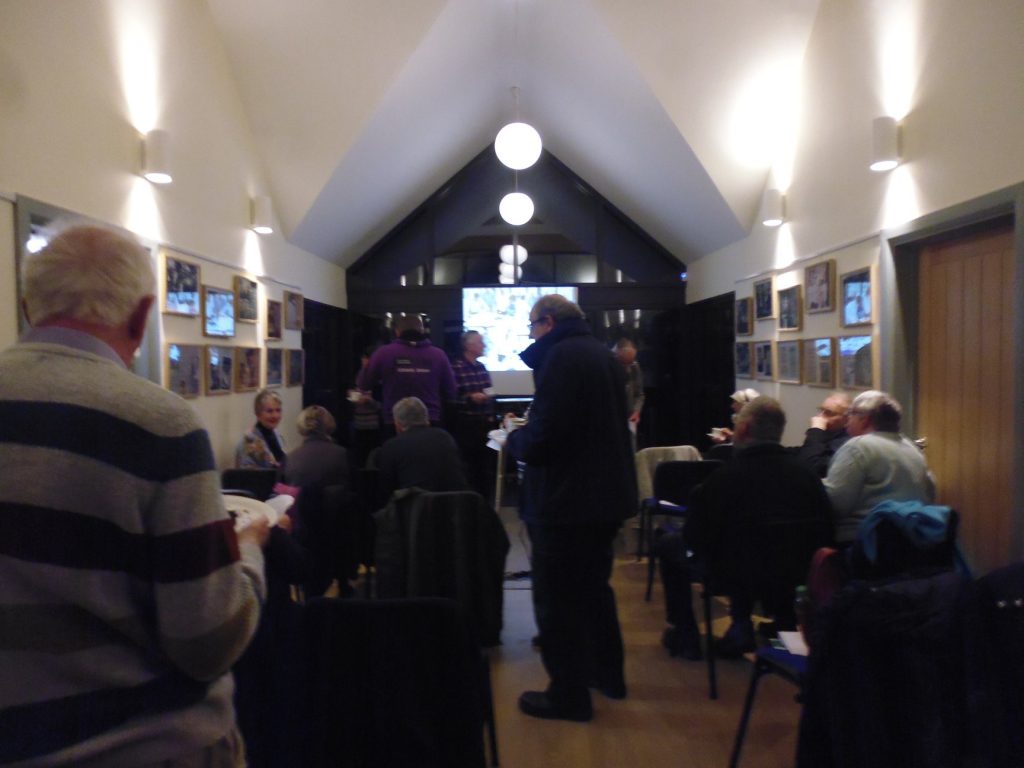