The Alban Way is a six and a half mile shared walking and cycling route between Hatfield Station and St Albans Abbey Station.  It follows the track of the Great Northern Railway and to celebrate the 150th anniversary of the opening of the line in 1865, celebrations took place at locations along the route on Sunday 18th October 2015.  In the Garden of Rest, Highfield Park Trust had photographic displays showing Hill End station, the engines that used the line, the crossing  keeper at Hill End Lane (formerly Station  Road) plus copies of the plan and contract drawn up between the hospitals’ visiting committee and the railway company in 1896 allowing the siding to be laid into Hill End Asylum grounds. 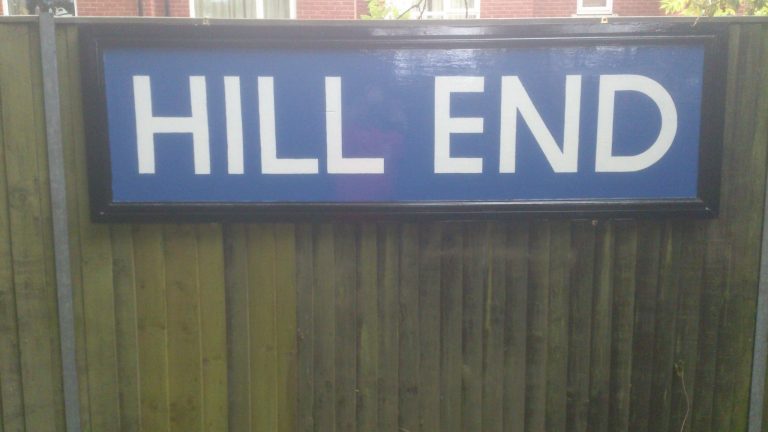 For the event a very splendid reproduction of the Hill End station board was made by Peter Reeves and was displayed on the derelict platform.  It was suggested we should also have put up a sign “Alight here for Highfield Park”.