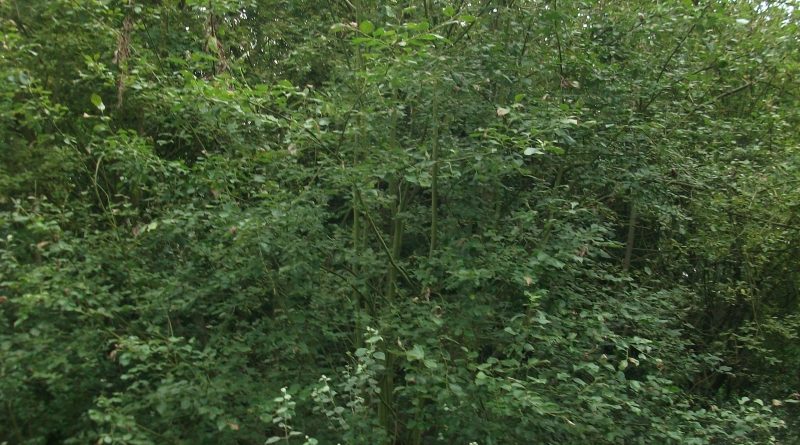 There are many examples throughout the park, this one is on the Hill End side of the park

Range: Throughout Europe except in the very far north favours wet areas

Height: up to 10m but usually less

Uses: Its brittle twigs are not suitable for weaving, but traditional uses include clothes pegs, the foliage was used as a winter feed for cattle and the wood makes a good fuel.

Description: A small tree with a short twisted truck, grey-brown bark with diamond-shaped fissures. Twigs are hairy at first but become smooth. Leaves are oval, with entire or shallow toothed margins, hairless above and a felty coating of fine grey hairs underneath. It is dioecious, (separate male and female plants), flowers are produced in early spring. Male catkins are grey and oval, which become yellow when ripe with pollen. Female catkins are longer and green. Once pollinated, by wind, female catkins develop into woolly seeds. Most willows can also propagate themselves by lowering their branches to the ground and developing roots.

Interesting Fact: The broader-leafed species of willow are sometimes referred to as ‘sallows’. Goat willow is known as ‘great sallow’ and grey willow as ‘common sallow’. Both species are also sometimes called ‘pussy willow’ after the silky grey male flowers, which resemble a cat’s paws.