Aerial photo below – the entrance into the Park from Hixberry Lane is roughly above the “e” in “Lane”. This leads into one part of the hospital orchard.  The other part of the old Hill End Hospital Orchard was located between the Chapel and Hill End Lane (see Herts County Survey drawing). At this location the current roads are named after apple varieties e.g. Bramley Way, Greensleeves Close, Sturmer Close, Russet Drive, Egremont House, etc. 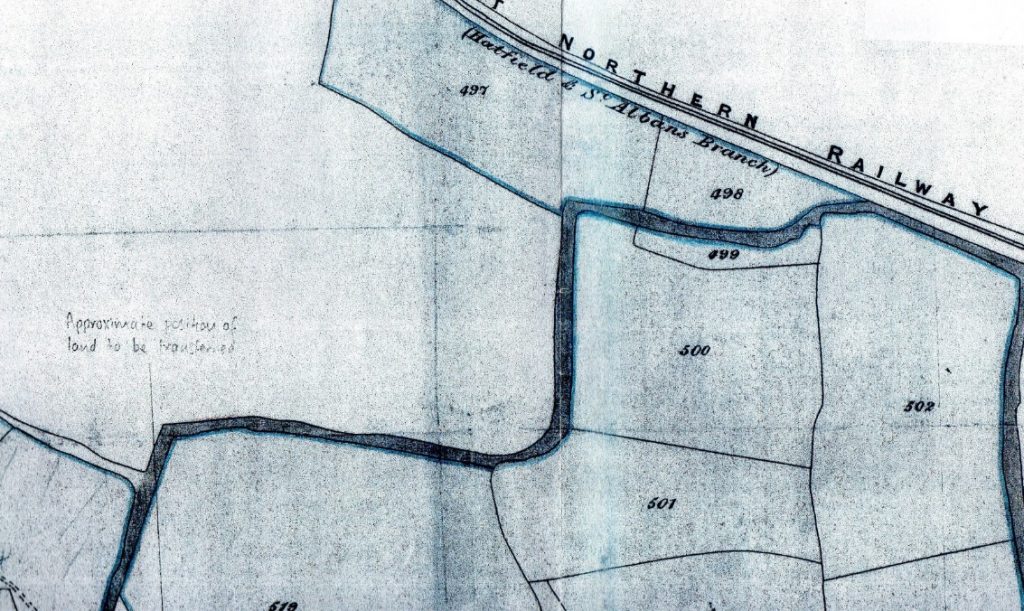 Originally there had been a farm road wandering across the northern part of the asylum site. This was diverted round the northwest corner by a Mr T. Adams between June 1896 and August 1901 for a cost of £1,865 13s 8d.  It was not explained why it took so long.  This diversion is now Hill End Lane.

Between the Chapel and Hill End Lane stood a building called ‘Orchard Gates’. This was completed in 1916 to house the Senior Medical Officer. The large building (on the plan right of the Chapel) was the main Nurses Quarters.

“They also had orchards on the road (Hill End Lane) and I think they were picked every year for jams and cider. Actually in the old days they used to rely a lot on alcohol – cider as a relaxant and was most enjoyable”.  (CB Nurse)