This area was known as Monks Meadow and, despite much investigation, the origin of the name remains a mystery. In the corner was a large prestigious house, number 107, which was occupied by the Cell Barnes Medical Superintendent.  A similar house (No 1 Highfield Lane), accommodating the Chief Engineer, once stood on the land which is now Cranwell Close.  Pathways from the house to the hospital can still be discerned in the grass. 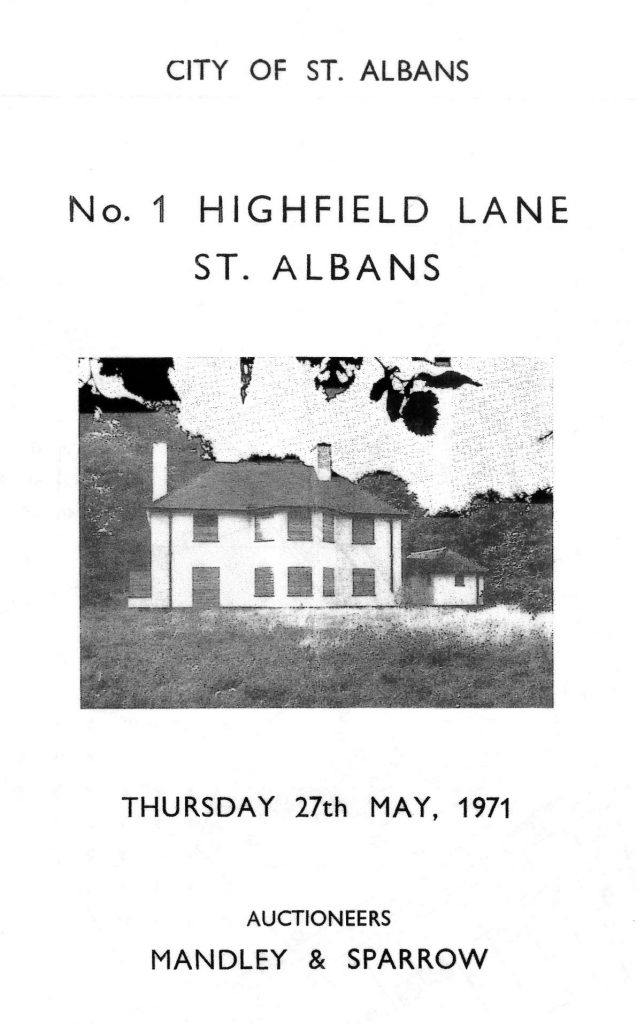 Beastney’s Farm – Around 1690, William Beastney was a butcher who owned property in St Albans as well as Beastney’s Farm (situated on the other side of Hill End Lane near the junction with Highfield Lane).  The Beastney estate became the Camp area and Camp Road was named in 1940.

Taken from “The Camp” by Tony Billings – 2005 revised edition

Beastney Estate was later renamed Camp Road in July 1940. Bisney Road later, in the 1950s became Drake’s Drive which was extended to London Road.  Ashley Road ran towards Hatfield Road and, as far as the St Albans-Hatfield railway bridge, was just a dirt track – Ash Path.  Until 1955 the metalled road ran only from the small bridge over the line.  On Ash Path near the end of Cambridge Road stood Owen Brickworks (1899), now Brick Knoll Park Industrial Estate, and 3 brickmakers’ Cottages.  The path skirted off eastwards to join Hill End Lane close to where Bramley Way is now.  Here there was a spinney and the Camp Old Boys’ F.C.  In 1955 the railway bridge was rebuilt and Ashley Road was extended and joined Bisney Road which, with the developing London Road Estate, was now extended to London Road and re-named Drakes Drive.  The former ash track spur to Hill End Lane was to be lost under the new industrial estate and Camp Road permanently severed by the new road.