The photo above is taken from an article in the “Ladies Field” magazine dated 25 August 1905 and shows the pond as a fine ornamental feature of the garden. The article explains the origin of Cell Barnes and although there is an alternative version relating to “Cell” meaning a parcel of land and “Barnes” being a corruption of the word ‘barn’ at Little Cell Barnes House (what is now the London Road Residents Association Club), it is worth quoting the article and it’s theory:-

“Place names, like family names often tell something of their owner’s history and antecedents, though it frequently happens that they become altered in the course of time so that their meaning is a little difficult to interpret, ‘Cell Barnes’ must strike the incurious as a rather unusual appellation, which may mean more than appears at first: as a matter of fact, it is a corruption of ‘Cell Berners’. The original house once belonged to Dame Juliana Berners, famous as the author of the ‘Boke of St Albans’.  This lady was prioress of the nunnery of Sopwell and when, as no doubt frequently happened, she wearied of the society of her sister nuns, she retired to her ‘cell’ a few miles distant for rest and recreation”.   The ‘Boke of St Albans’ was first printed in 1481 so the origins of the house go back over 500 years.

The first large scale map of Hertfordshire published by Drury and Andrews in 1766 includes ‘Sell Barnes’. Close by was Sopwell Barnes and New Barnes.  A large brick farmhouse, the present house, was built between 1800-05, called Great Cell Barnes House.  Viscount Grimston lived here between 1881-86.  The Hon. Mr & Mrs F W Anson lived here between 1901-1917.  The orchard housed breeding pens for Mrs Anson’s prize Buff Orpington poultry.  The existing pond is likely to have been constructed in Victorian times when formal gardening became fashionable.  By the 1920’s the estate was in the ownership of the Earl of Verulam who sold the 82 acres to Hertfordshire County Council who then built a “colony for mental defectives” – Cell Barnes Hospital.  In 1922 the house was occupied by Viscount Encombe; it was later extended and converted into the nurses’ home for Cell Barnes Hospital with the layout of the grounds carried out by Head Gardener, George Dollimore.  The Victorian gardens close to the Great House were preserved with their formal rose gardens, lawns, stables, tree-fringed lake and magnificent fir trees. 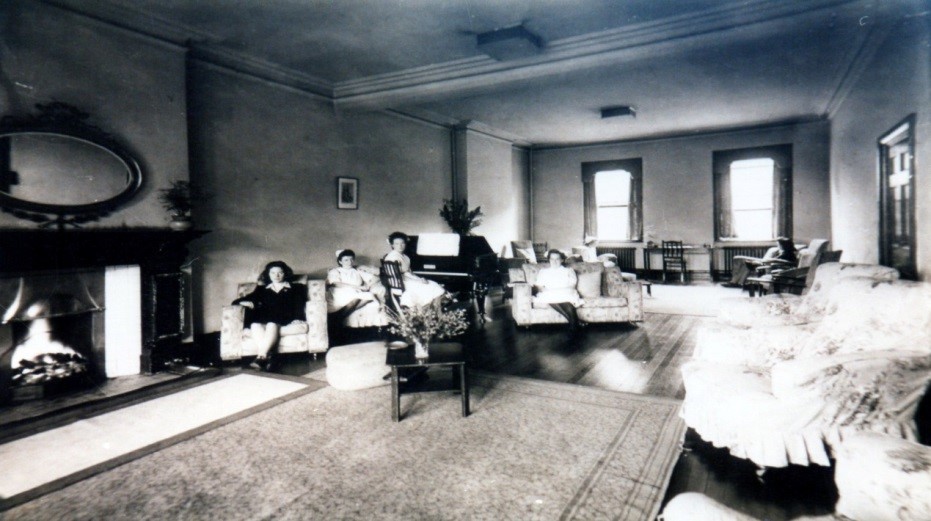 “I then lived in nurses’ home now Emmaus, and lived there for 4 years. There was a corridor with rooms off – the old bit at the end was a big sitting room.  We could go from there into the nurses’ bit.  The male home was the other side of the site.”  (CB Sister)

Following the closure of the Hospital in 1998, the pond was included in Highfield Park. The building is now occupied by the Emmaus charity for the homeless.