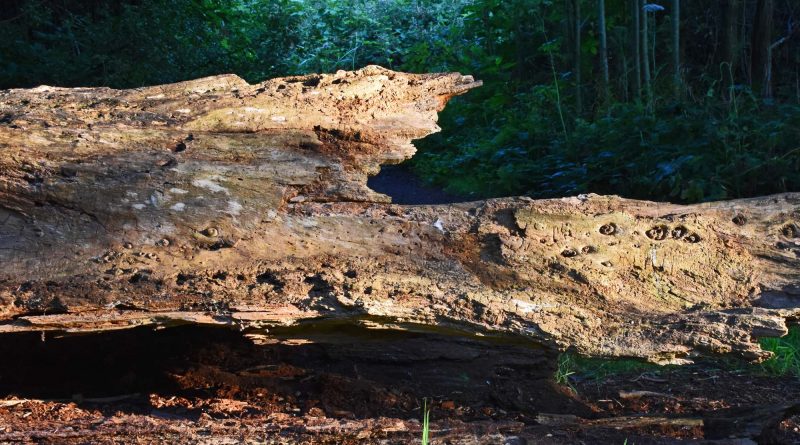 “Dead wood is the richest habitat within a healthy forest,” says Keith Kirby, English Nature’s woodland expert. “It supports a huge variety of wood-boring invertebrates and an array of fungi.”

A fifth of Britain’s invertebrates depend on dead wood to survive.

“There are around 1,800 species of invertebrates in the UK dependent for at least part of their life cycle on dead wood,” says Adrian Fowles, senior invertebrate ecologist with the Countryside Council for Wales and a leading expert on such species.

Many of the invertebrates that bore into dead wood pave the way for a cornucopia of fungi whose thread-like hyphae penetrate even deeper, slowly – very slowly – rotting it away.

These fungi include the fan-shaped funnels of angel’s wings that grow on rotting conifers; the pale yellow brown gregarious elf cap on oak stumps; the sulphur-yellow, velvety brackets of chicken of the woods, and the very much rarer oak polypore.

Standing dead trees and fallen trees can also provide a valuable array of microhabitats for organisms such as fungi, lichens, insects, mosses and birds, some of which will only survive when there is a good amount of dead wood in the forest. It is thought that 40 per cent of woodland wildlife is dependent on dead wood as part of the forest ecosystem.

Trees with hollows provide ideal roosting sites for the great spotted woodpecker as well as many owl species. At least three-quarters of the 18 British bat species use tree holes for summer and winter roosts.

How you can help
• Set aside an area of your garden for wildlife and don’t automatically clear it up. Retain as
much dead timber in your garden as possible.
• Place fallen timber in dappled shade and also partially bury it if possible.
• Allow fungal fruiting bodies to develop undisturbed.
• Leave old tree stumps in the ground do not grub or grind them out as they provide valuable habitat for many
insects including the Stag Beetle, so will eventually rot away.
• Retain as many native flowering trees, shrubs and wildflowers as possible as these provide a valuable source
of food for decay invertebrates, birds and small mammals. 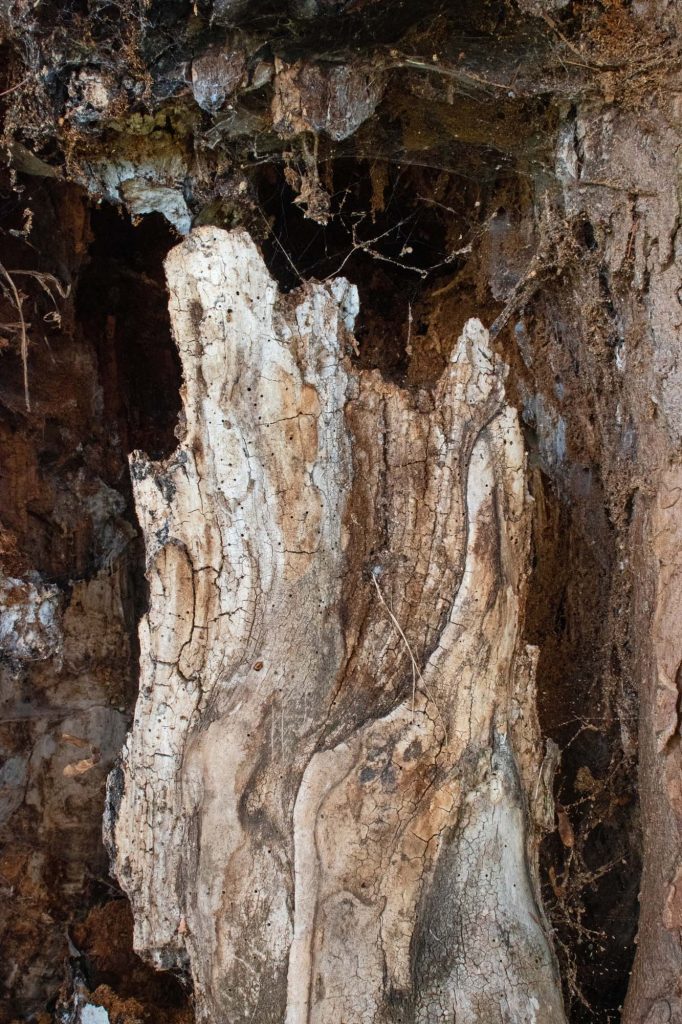 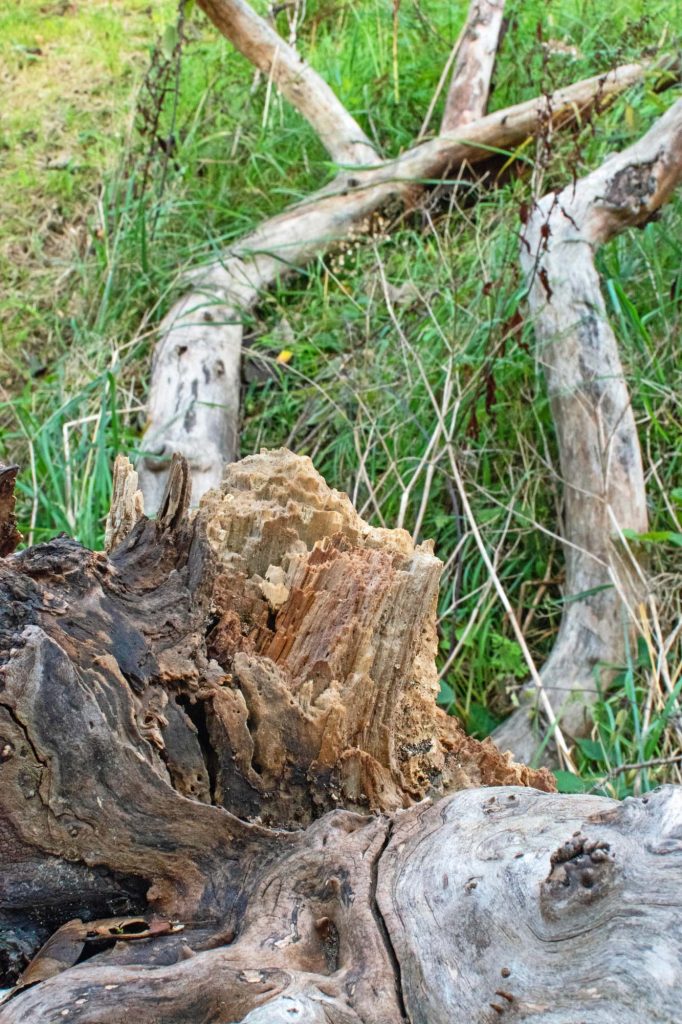 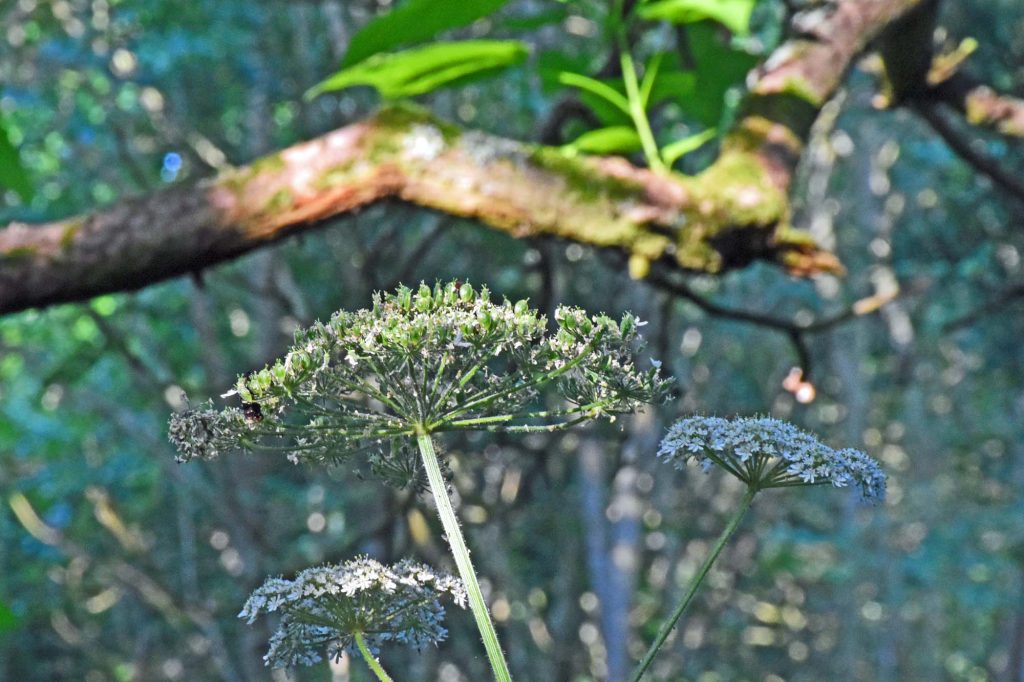 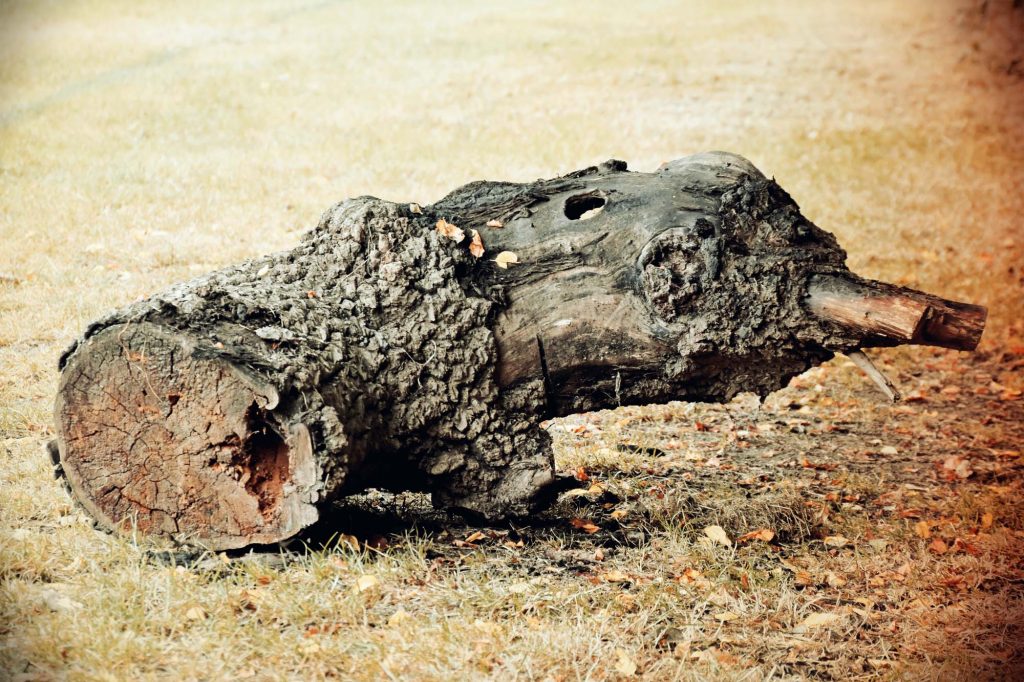