Highfield Park is located on part of the grounds of two mental hospitals, both of which had thriving farms, which included large orchards. The farms provided food for the hospitals and meaningful work for patients. The park has two orchards which are remnants of the much larger original hospital ones.

The Hixberry Orchard is located in the top east corner of the Park, next to Hixberry Lane. This orchard was once part of the Hill End Hospital, it contains slightly larger trees, most of which are cooking varieties. This orchard was used for the filming of a Morrisons TV Advert in 2008. 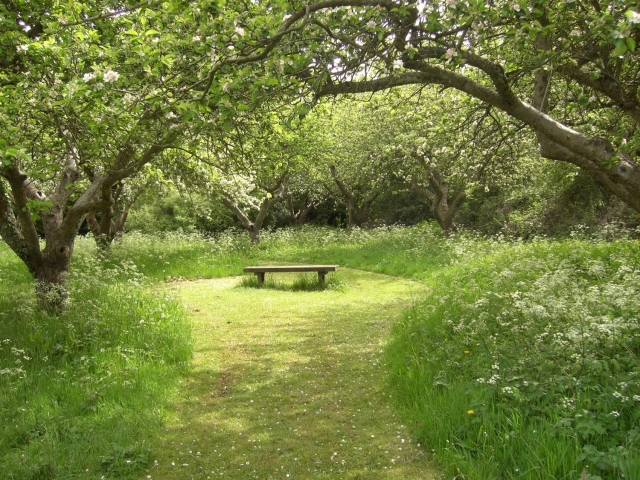 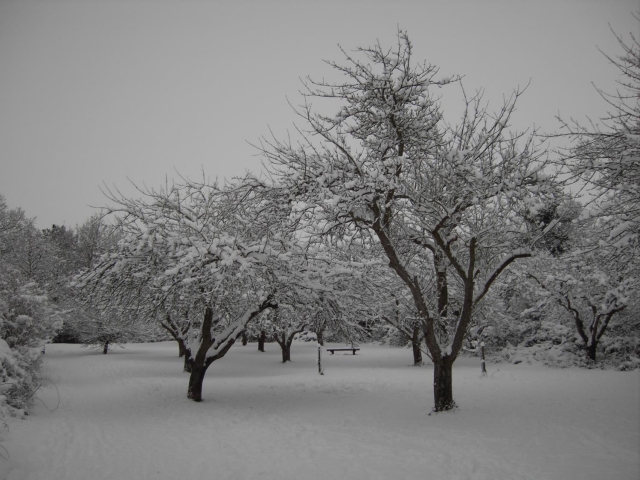 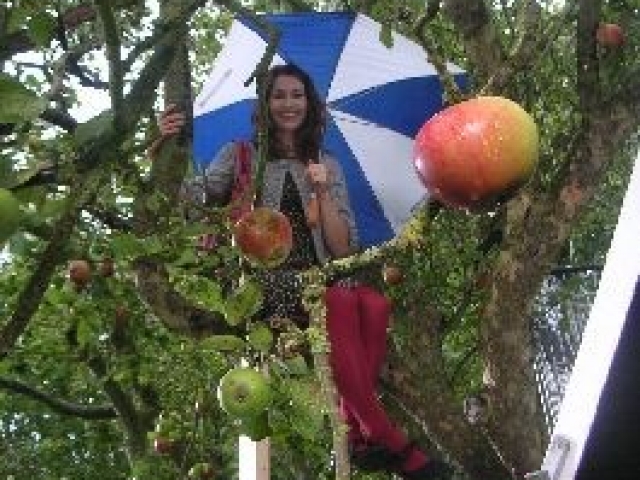 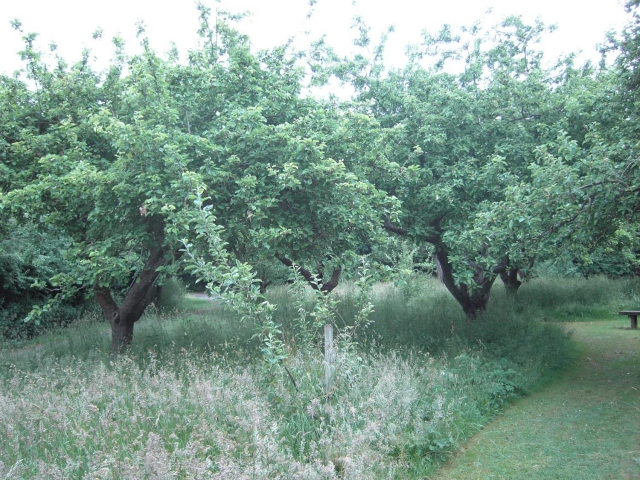 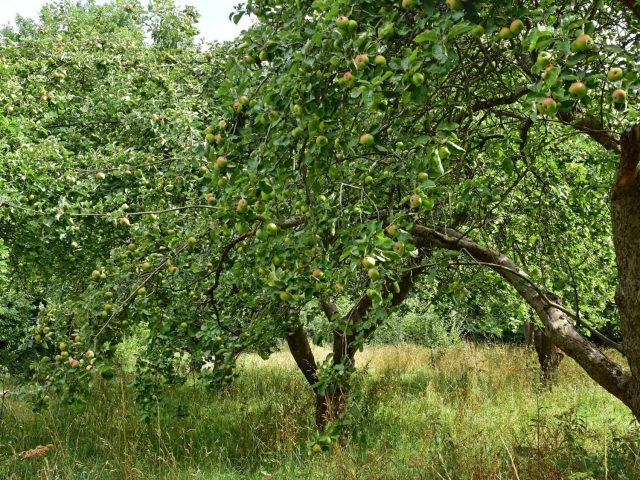 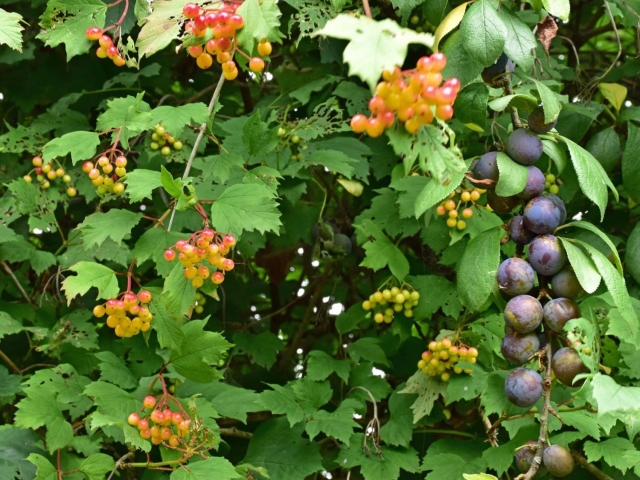 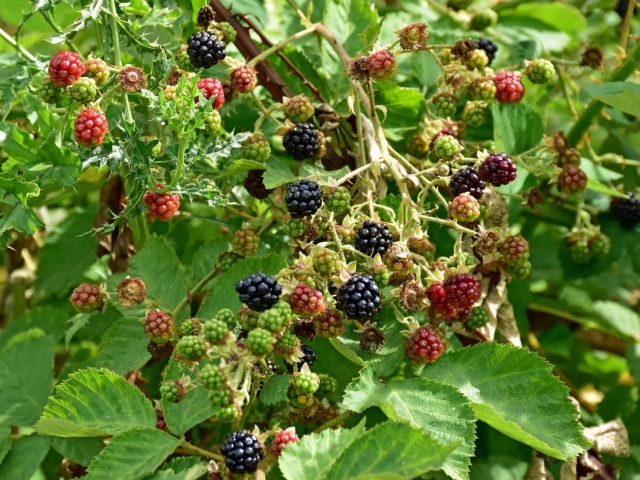 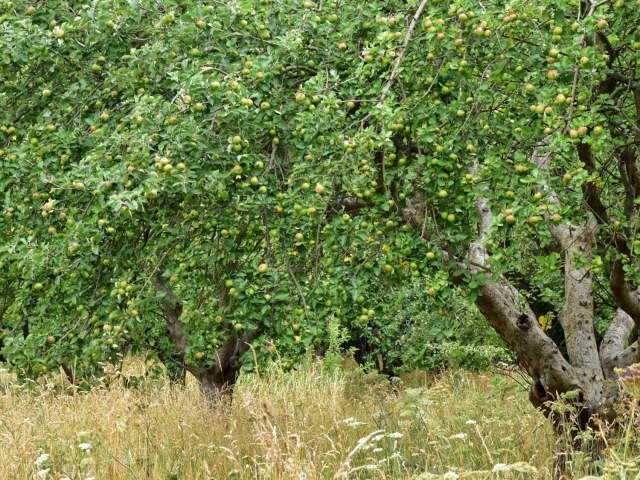 The Cell Barnes Orchard is located in the far west corner of the Park. This orchard was once part of the Cell Barnes Hospital, however it is thought to date back until 1875, where it is shown on an ordinance survey map as part of the Great Cell Barnes Farm. There is a hedge of small apple trees, the correct term is an arcure, a way of training trees to grow in a specific shape. 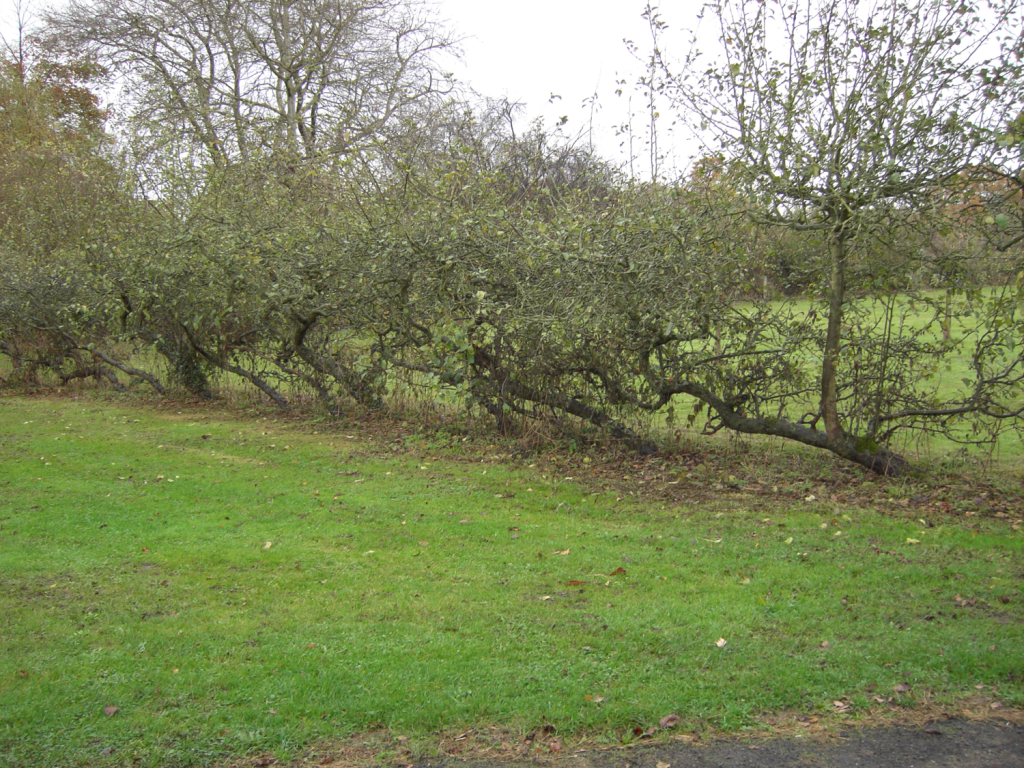 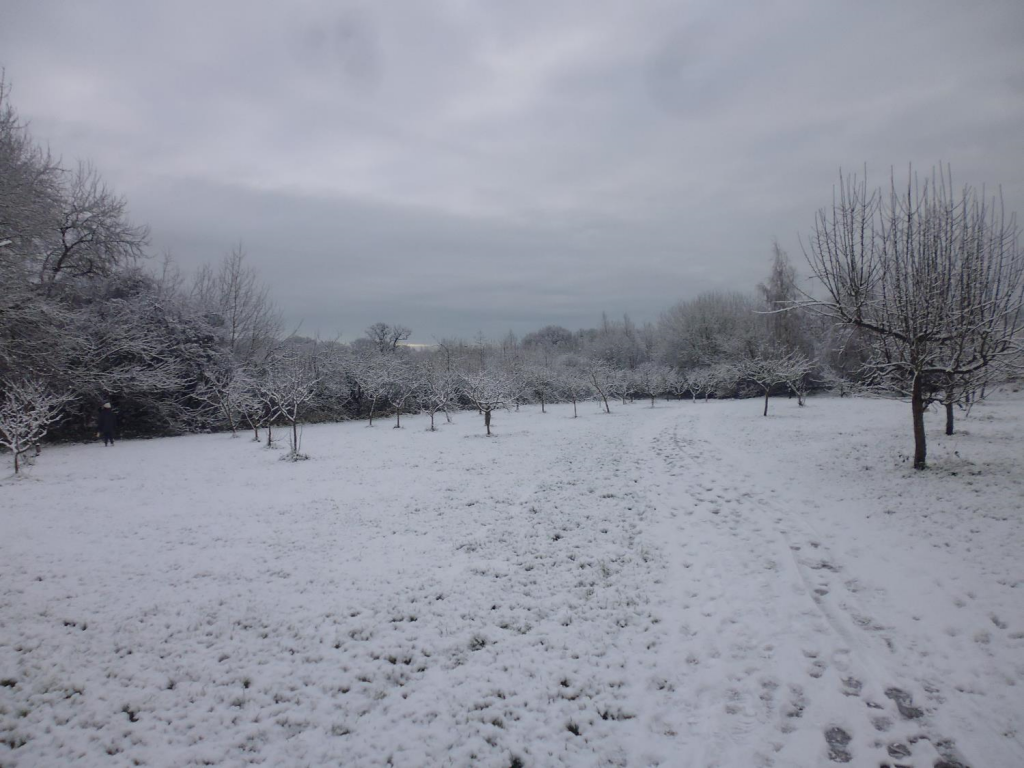 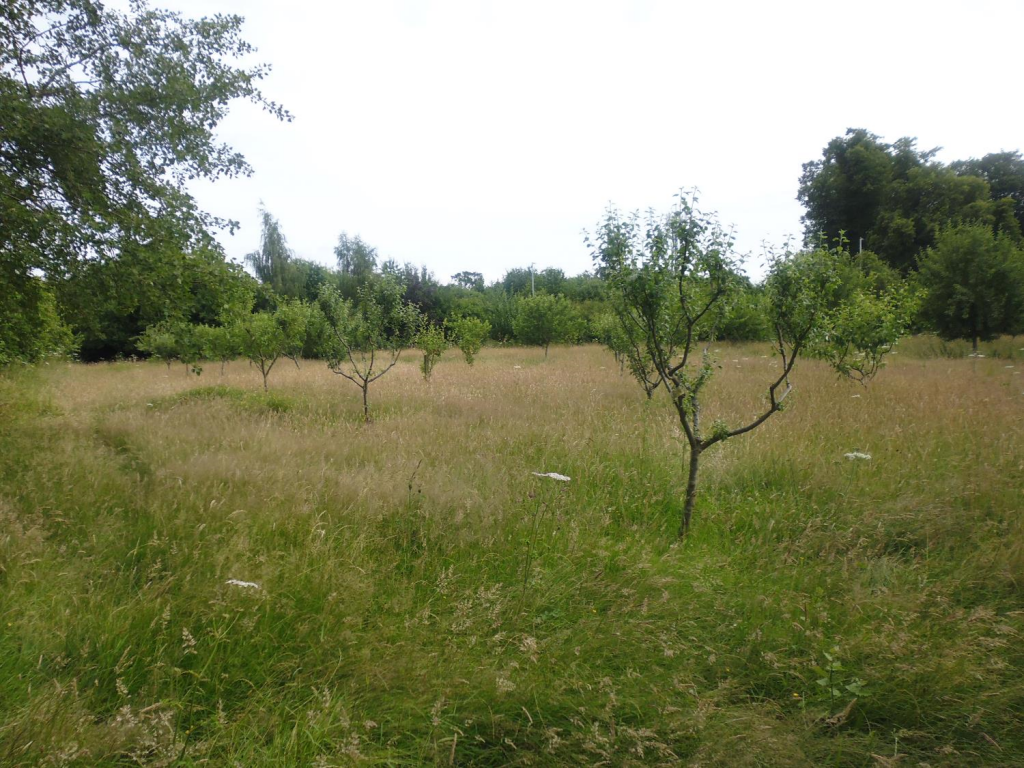 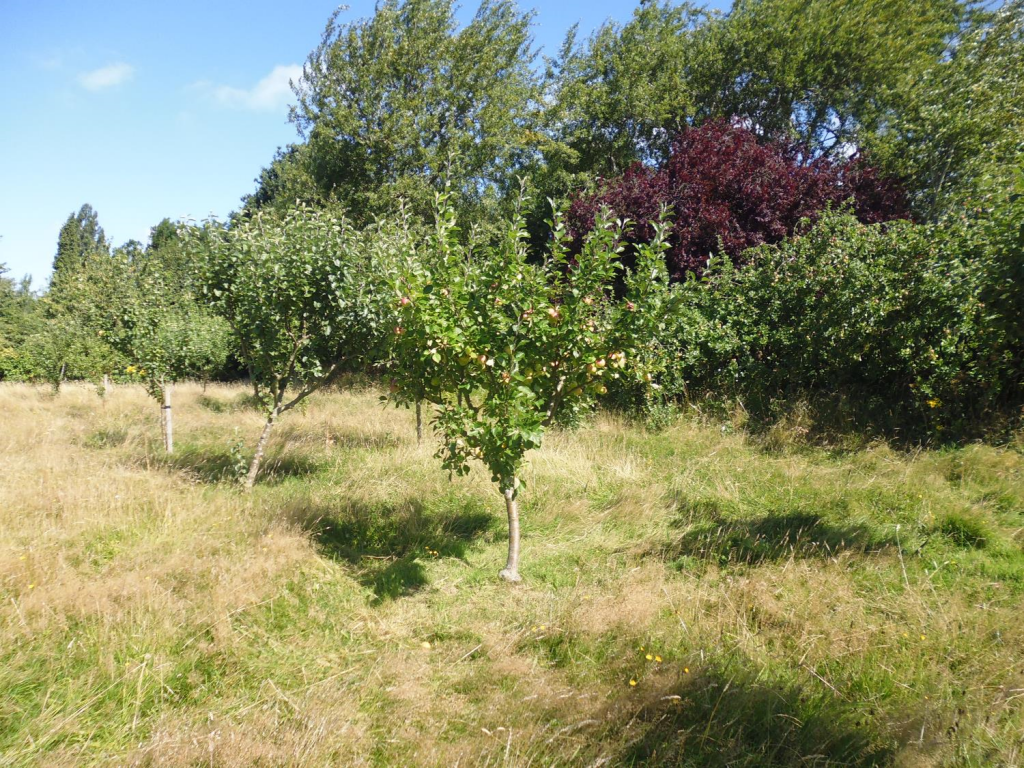 The orchards remain a valuable resource both as a habitat for wildlife and providing an income for the Trust. Each year apples are picked and made in to apple juice. The juice is sold at the Trust’s annual Apple Day in October and then from the Highfield Park Visitor Centre for £3.00 per bottle. It is also available from George Street Canteen in the centre of St Albans.

Each year, in conjunction with Apple Cottage Cider, we produce some cider which is sold at Apple Day and also forms an integral part of our Wassailing event.

It is not possible to make apple juice from bruised apples, therefore windfall apples are not collected by the Trust. Everyone is welcome to pick up windfall apples.

Unfortunately every year the Trust experiences problems with people picking apples, this ranges from someone taking a bag full to people arriving with ladders, crates and a large vehicle. It only takes 9 apples to make a bottle of apple juice, therefore by only picking a few apples, these few people are depriving the Trust of valuable income.

Mowing the grass and Wildflowers

The grass in the orchards is mown early in the spring but then left until late summer before it is mown again. This allows any wild flowers to flower and seed and we hope eventually a diverse flora will establish to support a range of insects especially bumble bees which are very important as pollinators in the orchards.

Unnecessary cookies are used to collect user data via analytics, advertisements and other embedded content. They have no bearing on the functionality of the website and it is mandatory to obtain the consent of the user before running these cookies.